So I got this WYFY Beam, “a smart universal IR controller”, so it says, for $39. Here’s some unboxing photos. 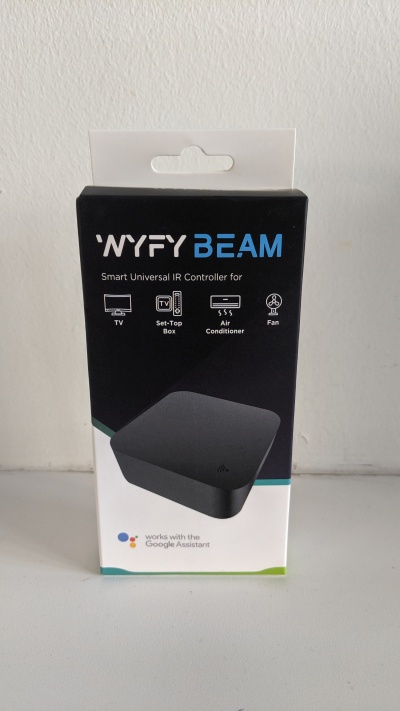 Do note that there is no USB adapter included in the box, not much of an issue for me as I always have a few spares lying around. 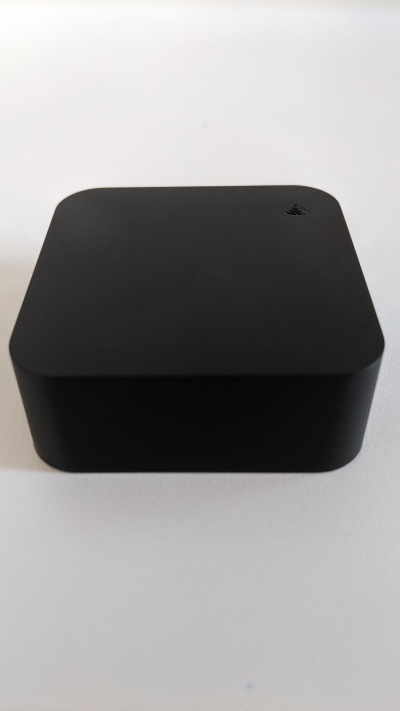 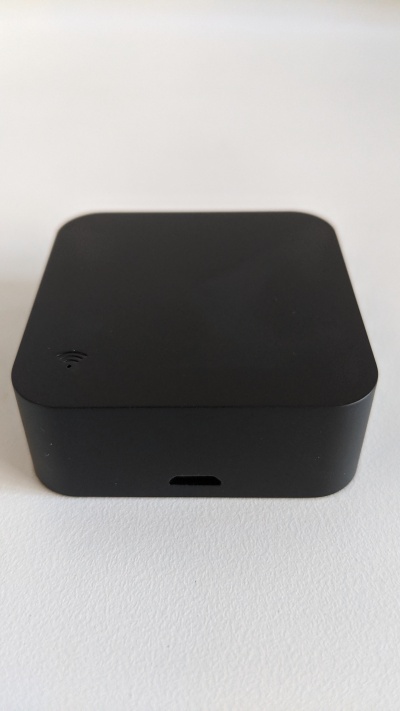 The devices is surprising compact (around 5 x 5 cm) and since it has some resemblance to Apple TV, I found it rather nice on the TV console. Furthermore, I’m a sucker for matt finishing products. 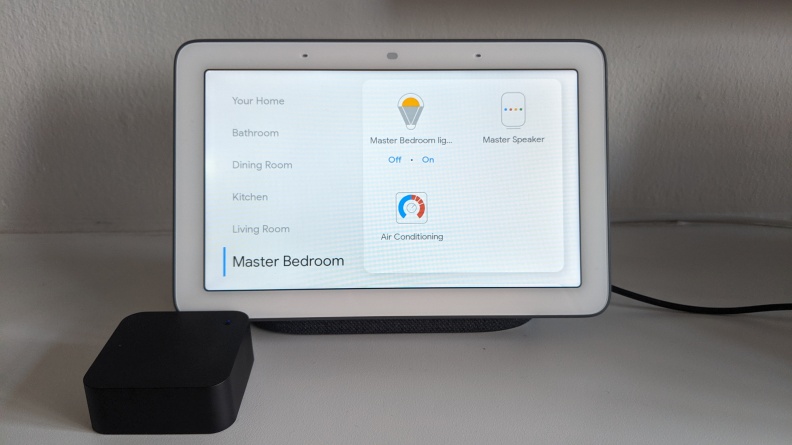 The setup is rather straight forward. Scanning the QR code with my Pixel phone’s Google lens (or you can just to to the setup URL) brings me to a very straightforward online guide.

Basically, you just need to connect the device to your wifi through a wizard, select the brand of aircon and cycle through the devices to see if your air con respond to the device. Once done, you can simply control the AC with the WYFY mobile app (or voice control). From the mobile app, it suggests that there are many other products that can be controlled with the same app.

For voice control, I tested the response on a Google Nest Hub and it is rather responsive compare to other IR devices such as Broadlink and Orvibo which had flaky implementation of their Google Home actions.

(PS: Sorry, you don’t hear the beep of the AC because the Google Nest Hub is in the living while the device is in the master bedroom) 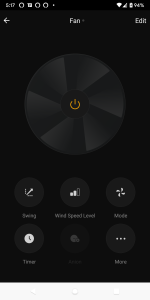 I went on further to test adding other IR devices such as my Dyson fan, Sony TV and was surprised by it’s Google Home integration as well (at least for on/off) once you configure them and say “Hey Google, synchronize devices”, you can already use voice to turn on/off the Dyson fan and Sony TV. While testing the Dyson fan, the IR actually its another fan in my dining which didn’t really have line of sight with WYFY Beam!

As a Homey user, even though this cannot be integrated to Homey (yet), it served quite well for my AC in the room as I just needed to voice control them, but without spending so much on Ambi Climate (or Sensibo)

PS : I just found out that they had a promotion on Lazada and Shopee @ $29 for launch promotion 😦